San Joaquín is quite high up in the mountains in the Sierra Gorda region. Rather cold and it was extremely foggy.

One attraction in the city was the cave down here. There’s a bus outside of their tourist office (opposite to the Flecha Azul and Coordinado buses) that offered a $80 tour to all the places here for around 4 hours (11-something to 3-something). The $30 entrance fee to this wasn’t included.

The rocks were beautiful, even though I had already seen something similar in Vietnam and China. It’s a one-way narrow path and stairs with a Spanish-speaking guide, who presumably was just talking about what the formations looked like. At one point, s/he (couldn’t figure this out) mentioned His Excellency President Donald J. Trump.

Water still was dropping everywhere, and thus there’s some plants there.

There didn’t seem to be taxis in the town, so the tour bus seemed to be the only option. 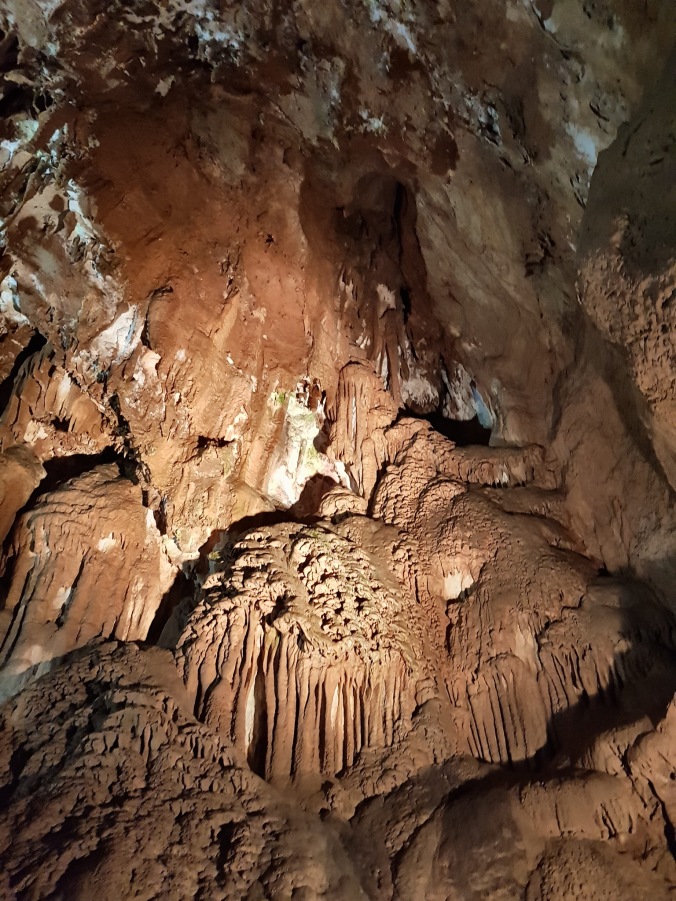 To get to San Joaquín, the easiest way to is take a $97 bus from the capital of Querétaro, a bit more than 3 hours from the town. The bus goes every hour from 6.15am till 6.20pm, either with Primera Plus (Coordinado) or Flecha Azul. Going back, the last bus with Flecha Azul was at 4pm. Not sure about Coordinado.

The bus also went on the hills surrounding the town, so we could look at the view.

The driver even took us to a winery to get to its balcony for a breathtaking view of the mountains.

The wine was uber fine too. I bought an artisanal apple wine which was only $90 per 500ml bottle. I totally didn’t expect that, but I tried a bit and I actually liked it, which was unusual for anything that’s not champaign. Very fruity. 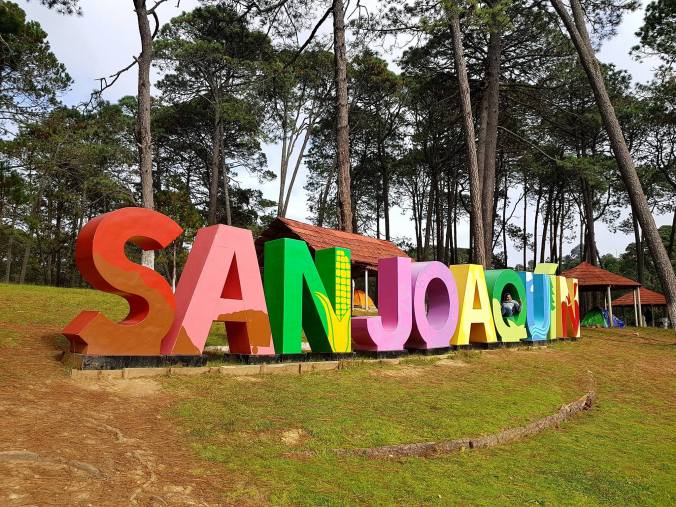 We also went to the campsite, where the town’s logo was located.

Though the main attraction was of course the archaeological site Ranas, named after the frogs found around the region. 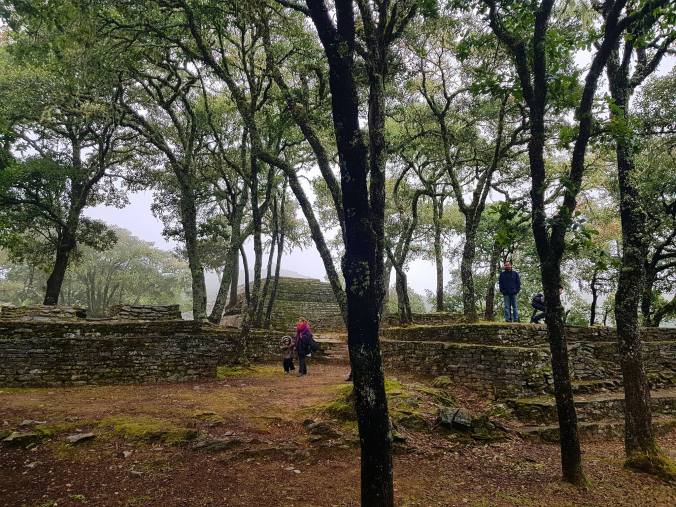 It’s the closest of the two sites (don’t know how one could get to the other one without a car), and it’s not very big in size.

There were only two main areas, but one of them actually went up quite far. Didn’t realize that at first.

Sort of in the middle of that area taking a photo of both the pyramids up the hills and the ones down there. 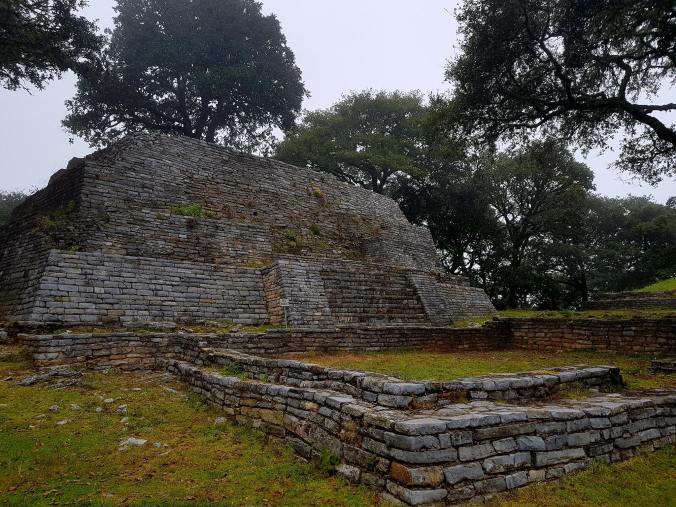 It’s quite well maintained although the ball courts were mostly destroyed.

The universe really wanted me to get to the town. I had planned the trip there, but I couldn’t find any buses from the Mexico north station to San Joaquín, so I went to Tequis instead. I got there only at like 1pm and was told I’d have to change two buses, so I went to Bernal instead. At one point, I considered staying in Tequis for 2 nights to go on the tours, then planned to do that in Bernal when I realized it’s full everywhere. Then, Bernal was full as well so I was thinking of going home. Afraid that I might not be able to get back to Tequis in time for the last bus, I chose to go to the capital instead (it’s only an hour), and luckily I found a room in the Ibis hotel near the bus station, so I stayed there and got to San Joaquín the next day. I actually saw plenty of tour offerings to San Joaquín ($1400) but I couldn’t manage to join any of them, which in the end was for the better. I spent the same amount of time and did the exact same things, but I spent only around $300-400 including everything, as opposed to $1400.

Bernal is one of other Querétaro’s magical town with a nice colonial town. 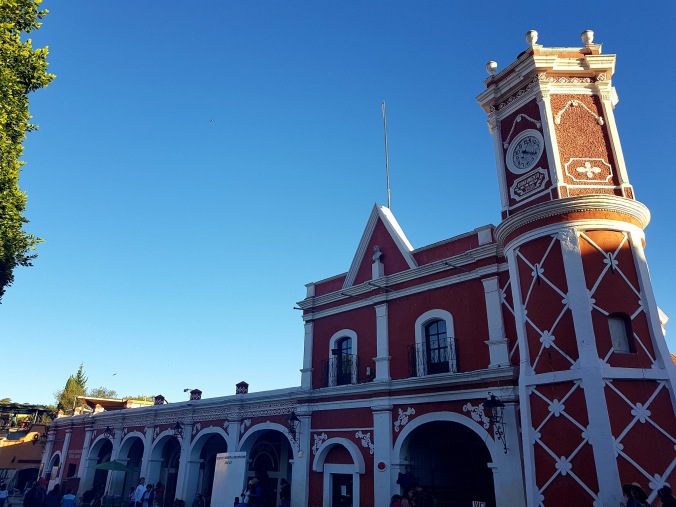 It’s very small, but the historic centre was very nice and lively. 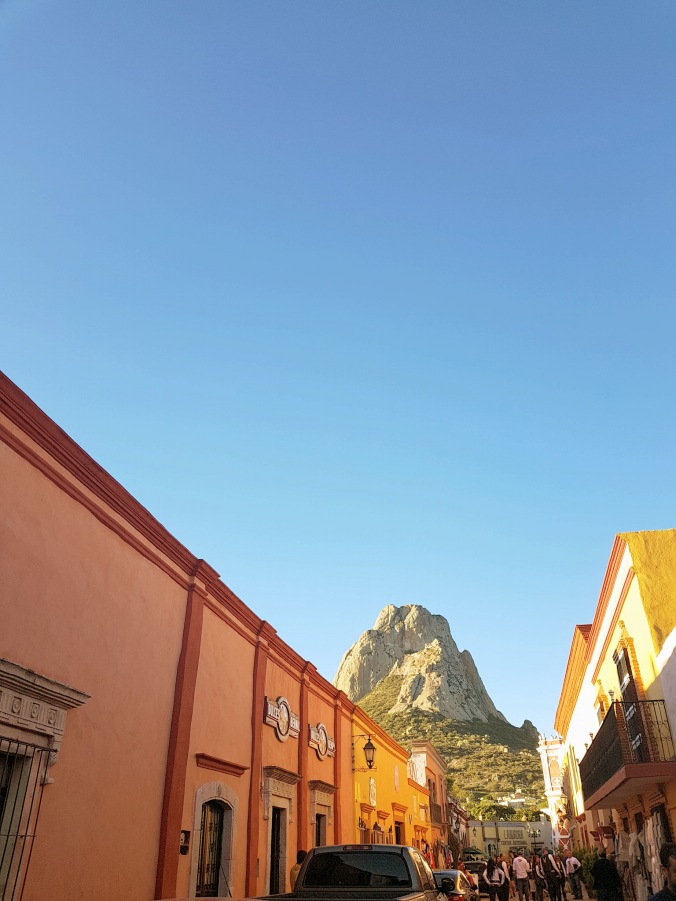 The main attraction of course is the monolith, which the government claims to be the world’s third largest. I guess it’s bigger as there’s the base as well.

It was quite nice. I had to change two buses from Tequis to get there though, and there was no more rooms when I got there.

The monument of the geographical centre of Mexico.

Tequisquiapan is a magical town in the state of Querétaro (where Emperor Maximilian died), it’s also known as a wine capital. 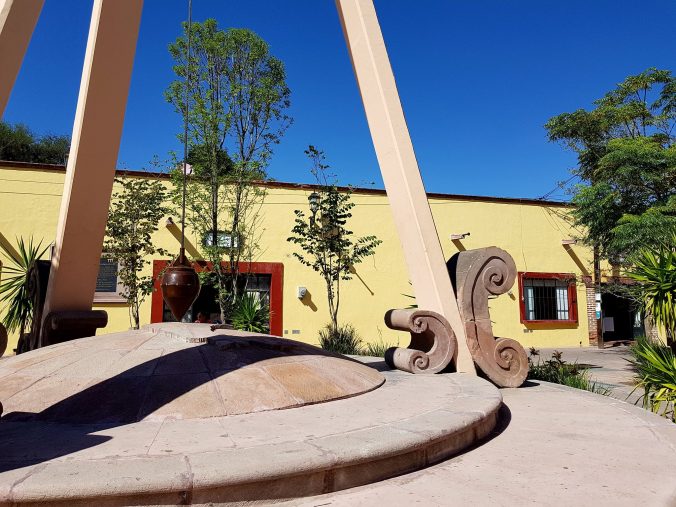 At one point, Tequis was thought to be the geographical centre of Mexico, although the real centre is actually somewhere in the desert of Zacatecas. The monument remains, with the thing hanging in the centre pointing at the town.

The town itself was quite nice too, and very easy to navigate. A lot of day tours to the Sierra Gorda region as well as a hot air balloon ride and wine tours.